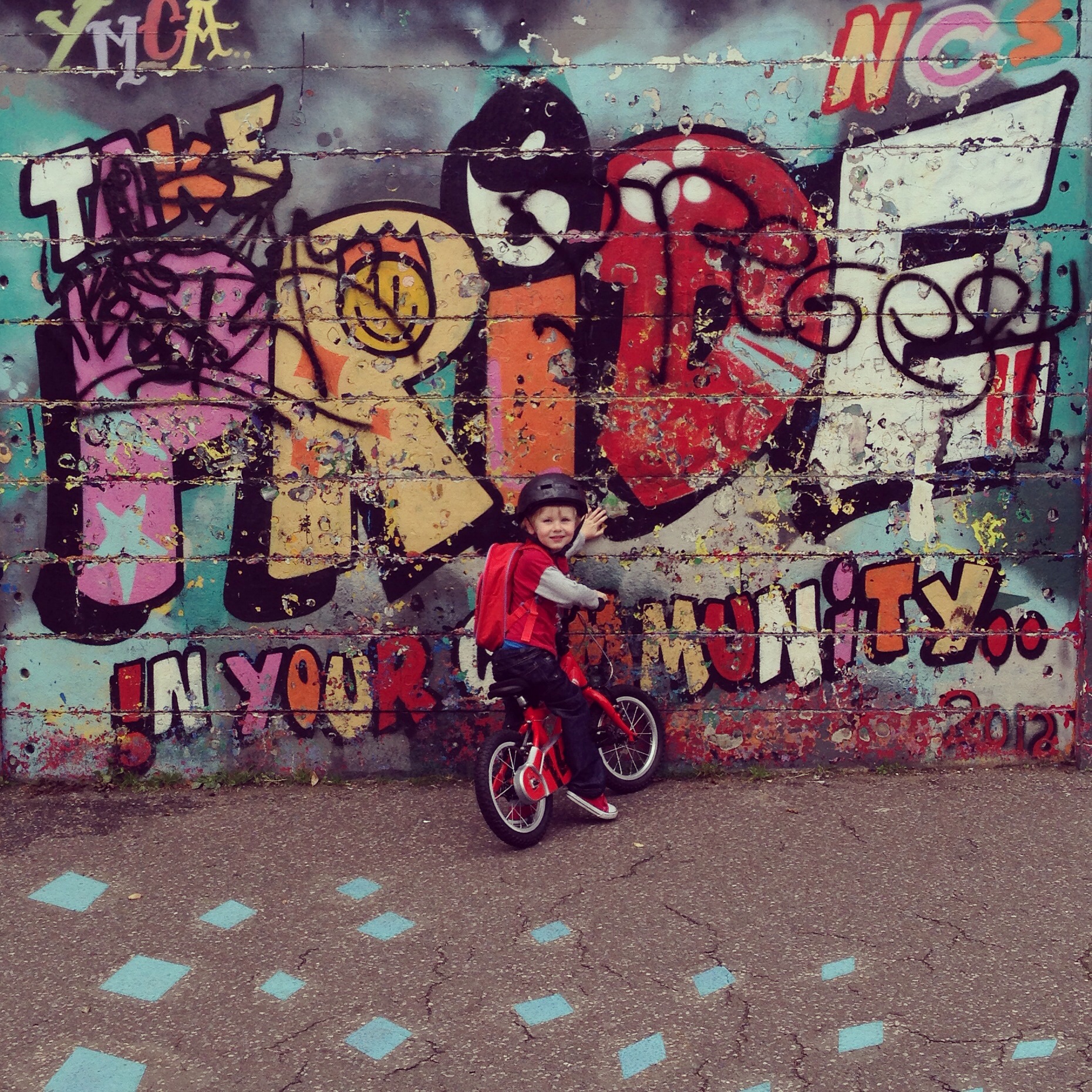 The weekend before last we all went to the park, It’s a pretty typical weekend activity for us if we have nothing planned. F particularly wanted to ride his birthday bike as has been the case pretty much continuously since we got it; fair enough.

As we were leaving J quickly grabbed a spanner on the off chance that he might fancy taking the stabilisers off. I was dubious, thinking it best he spend a bit more time getting used to pedalling first, being a balance bike fan pedals were still a very new concept to him.

I took the littlest to the play park and five minutes later I looked up to see F riding sans stabilisers as if he barely had to put any effort in. His little face beaming with excitement, like his whole world had suddenly expanded.

I was blown away, we both were. Five minutes it took, a couple of pushes, a couple of wobbles and off he flies. I was sure he would get it quickly, bikes and scooters have always been his thing, but I still remember struggling to learn myself when I was quite a bit older.

So there we are feeling so stupidly proud of our boy and wanting to shout it from the rooftops (*upload a video to facebook). But I’m also wondering…is this showing off? Does it look like we are boasting? By saying how easily he got it, are we sort of putting down other peoples kids who may have found it harder?

Should we play it down or should we let him have a well deserved moment in the sun?

They say you should be be happy in yourself, not compete and not compare; That as long as you are happy with what you are doing then what other people think doesn’t matter, but deep down as much as you want that to be true everyone knows its bullsh*t.

Sometimes you can’t beat a little bit of validation from other people that you rock at certain things. Just not everything , like Emma Watson, because that’s ridiculously unjust.

So we shared the video because in this instance he did really bloody well and it felt right that he should get a big pat on the back from all the people around him who love him and who also take delight in his achievements.

Riding a bike for the first time is kind of a big deal to a kid, especially one who is bike crazy. I don’t think I have ever felt as proud as I did on this day, and that pride was all just an extension of his own. He set his little heart on riding that bike and he bloody well nailed it.

He’s not great at everything, he can’t write his name of put his own shoe on but give him some wheels and he shines bright like a star…

Leave a Reply to Life at the Little Wood Cancel reply