We’re 6 weeks down the school starters line, 3 part time, 3 full time and we are already hurtling towards half-term. For every parent out there looking forward to spending a week with their little cherub there is another one thinking IS THAT IT?!?

I’m not saying that’s me. But it might be me.

So what are our thoughts about school so far? Well I had a few concerns, perhaps slightly amplified by the fact F only turned 4 in August. I worried that he wouldn’t be able to sit still, that he would miss me and that it might all be too much for him, I had a lot of confidence in him you see.

The reality is that I was wrong. He skips through the door happily each day, he condemns people who end up on the cloud for bad behaviour and tells me (YES ME!!) off because ‘You’re not doing good listening Mummy!’

I was right about one thing however and that was that he might not be able to wipe his own bum properly – the skid marks are there to prove it. Hurrah go me! Oh hang on a minute though, that’s a sh*t one to be right about. Literally.

Another thing i’ve noticed is that he is ever so slightly more tired than usual. 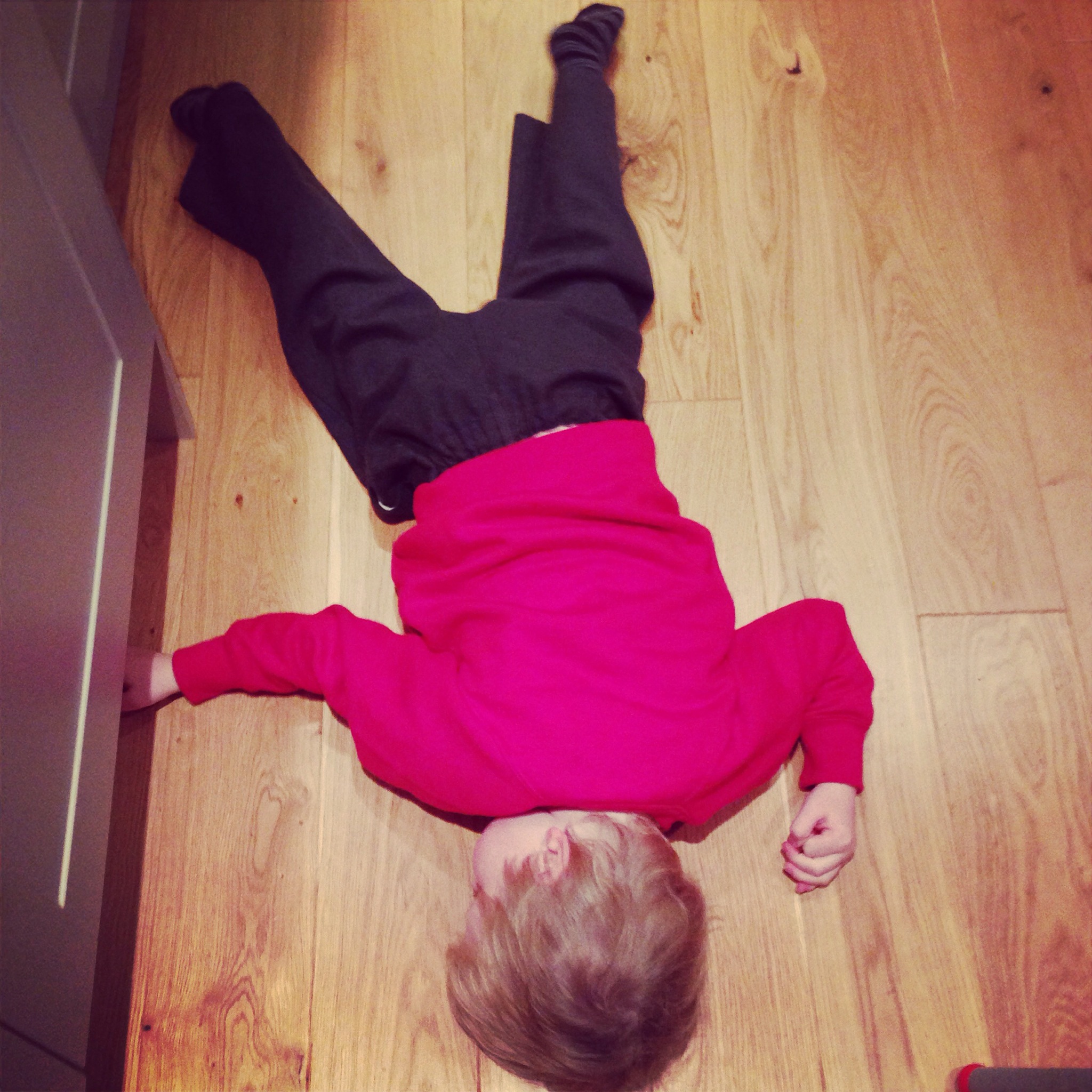 But not good tired. Not tired in a sleeps longer and takes a nap type way, that would be fricking awesome. I mean tired as in a sleeps less and acts like a rabid dog type way. So there we go. FML. Again.

And now this is the bit where i was hoping to talk about the one overriding bonus of school. No not the fact that they are helping to shape my son into an intelligent and well rounded young man, yes there’s that, of course there’s that. But I’m talking about the bit that would provide me with a bit of a break between the hours of 9 and 3.15.  I would get to have more hands than children and naps time would actually* mean something again (*hopefully).

But the reality is that it doesn’t feel like much of a break. Aside from the daily grind of the school run, I feel utterly lambasted by the amount of admin and requests that are being fired at me on a daily basis. I have been so busy bringing in non-perishable foodstuff, unsuccessfully ironing on ‘easy’ iron-on name tags and panicking about getting tickets for the spooky disco that I forgot I even had a life.

Do I have a life?

BEEP BEEP – oh hang on sorry I just got a text, maybe it’s someone asking if I want to go out for a drink.

Oh no… it’s just school AGAIN – apparently they are having cottage pie today instead of the planned menu option in order to celebrate British potato day.

What’s the etiquette here? Am I supposed to reply and tell them that I’m having a tin of ravioli?

And what’s with all the forms to fill out and hand back by yesterday or lest you die? I am sorely tempted to slip this into his book bag tomorrow… 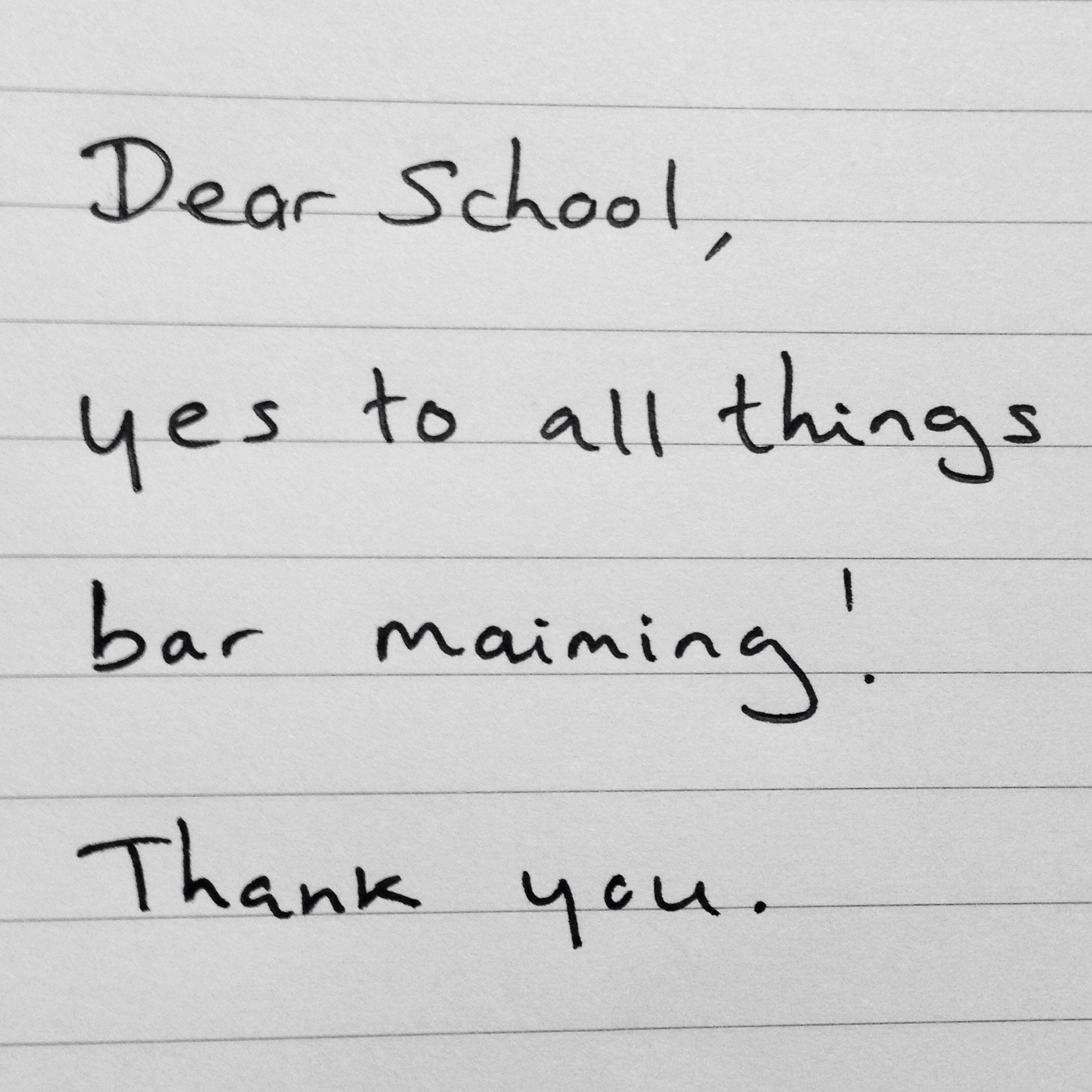 I guess that wouldn’t work for questions where the more sensible answer was no, although I would be happy to sign off my parental rights in general during school hours or just go along with the majority vote or something. I accept that most other parents probably have more well rounded opinions than my own, no shame in that.

So overall there are positives and there are negatives, we are still finding our feet but by and large it’s all going a hell of a lot better than I imagined, for him anyway.

One thing I know for certain though – our school is magic and I’m going to use parents evening like a free, un-televised version of super nanny.