If I’m honest It often feels like I can’t leave the room for five seconds without a full on war breaking out. Here are a few of the things that they regularly argue about while I am trying to make tea/hang the washing up/generally get sh*t done: –

Doesn’t matter what it is, some screwed up bit of an old Cbeebies magazine that was plucked out of the bin, whatever, If it was once yours and someone else is now touching it then that is grounds to go batshit crazy until you get it back.

Then when you get it back you can immediately discard it because you never REALLY wanted it in the first place. Obviously.

This also extends to feeling threatened by another person because they are LOOKING (gasps) at something you are playing with. 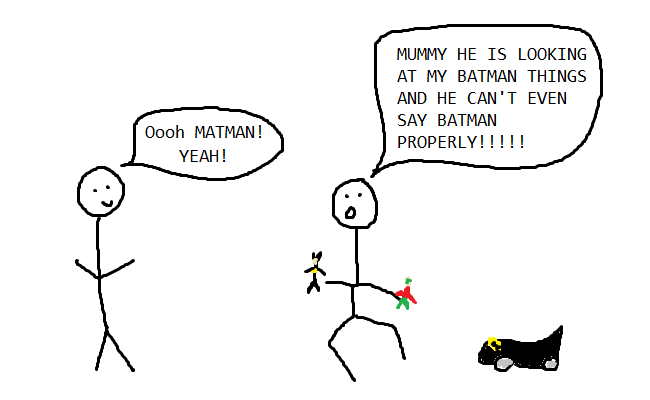 Including – ‘He’s watched two episodes of his programme and I’ve only watched one of mine’, ‘He’s standing in front of the TV and I can’t see’, ‘He turned my programme off and It wasn’t finished yet’, and ‘He is shouting and I can’t hear’ etc. etc. 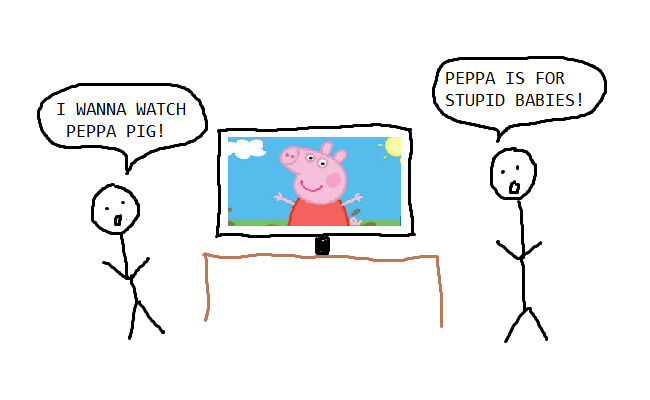 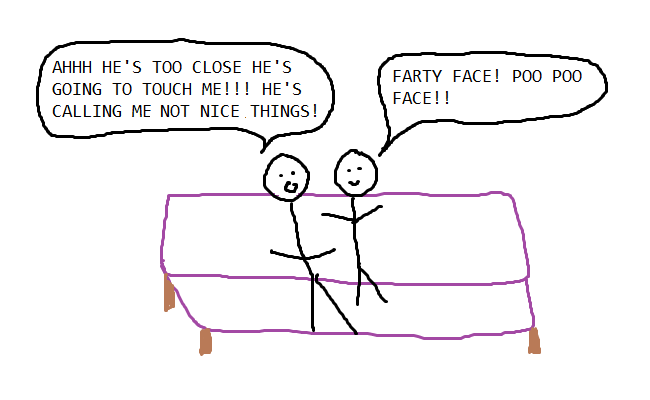 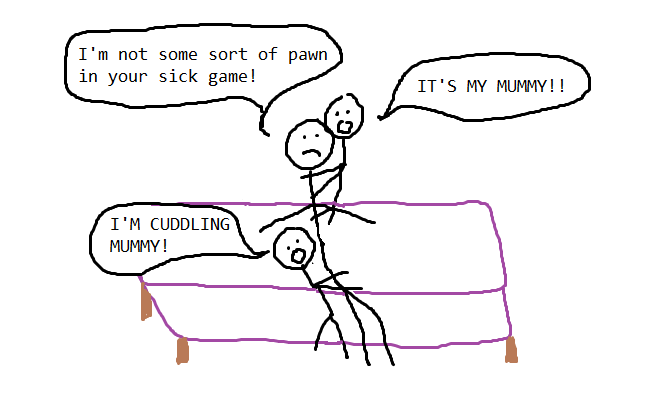 I have (mostly) become a bit of a pro at avoidance techniques on this one. It’s like silver service round ours – I make sure I place their plates and cups and snacks on the table at EXACTLY the same time.

I can do nothing to quell the storm of the ‘who gets taken out of the car first’ arguments though, to be fair on them it is a biggie. Who wouldn’t fight tooth and nail for the much coveted prize of getting to stand on the pavement for an extra 10 seconds…? Exactly. 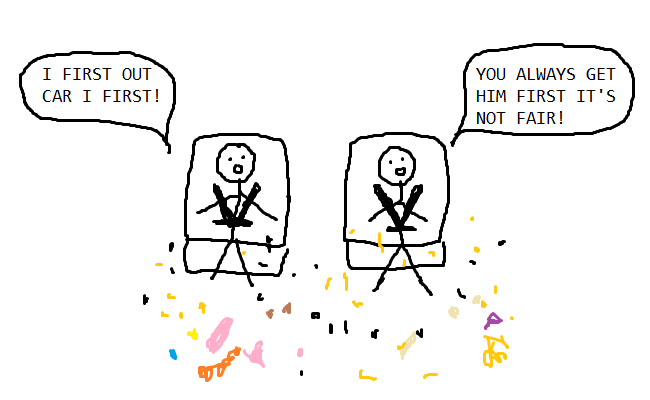 I find this one frustrating because I often get it wrong, through no fault of my own, but because the favourite spoons, plates and other very similar, yet also incredibly different, tableware preferences seem to change on a daily basis. 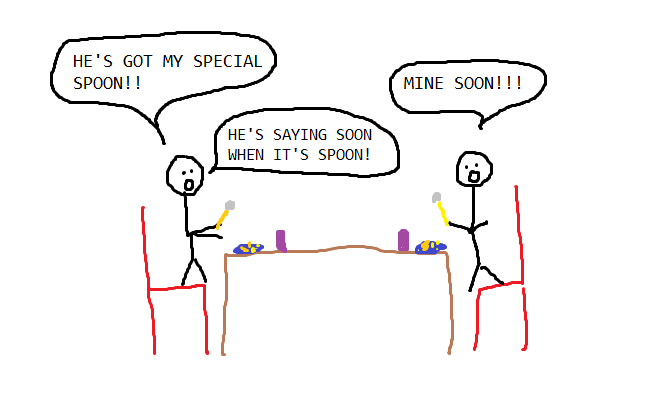 Me: I present to the courtroom Exhibit A, a document dated err YESTERDAY stating that the defendant’s ‘special spoon’ (N.B not to be pronounced ‘soon’) is the one with the orange handle with a chip at the top. Is that your name there alongside the crude drawing of Raphael from the Ninja Turtles?

Me: Then I put it to you that the spoon your brother is currently holding is not your favourite and you are only saying it is to wind him up!

*audible gasps from the gallery*

ME: So I ask you this – IS YOUR FAVOURITE SPOON THE ORANGE CHIPPED SPOON OR THE YELLOW WINNIE THE POOH SPOON?!?!?!

The Boy (head hung in shame): It’s the orange one with the chip.

Ahhh one of my favourite times of the day. A warm, peaceful, relaxing environment perfect for winding down before bed. 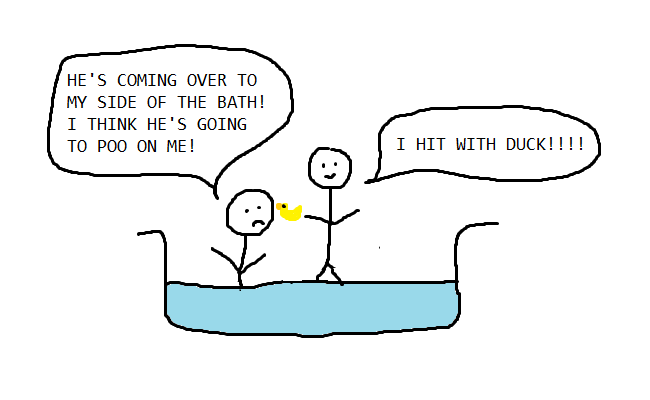 29 thoughts on “The Top Six Things My Kids Fight About”