It’s been nearly a month since we took our first ever plane trip with 2 children and I think I feel ready to share it with you now.

We arrived at the airport a good 2 hours before our flight leaving plenty of time to leisurely make our way though security and have breakfast before boarding. However I hadn’t considered that 2 hours only feels leisurely if you are travelling alone, with kids it’s a totally different ball game.

Factoring in the bag drop, car seat drop, monumental tantrums, toilet trips and lost comforters we were seriously running low on time. I stressfully grabbed coffees at Starbucks in an attempt to keep our ‘we only had 3 hours sleep and want to die!’ thoughts at bay but with minutes to get to our gate, way too many bags/children to carry and only two hands I had to very reluctantly chuck them straight in the bin. 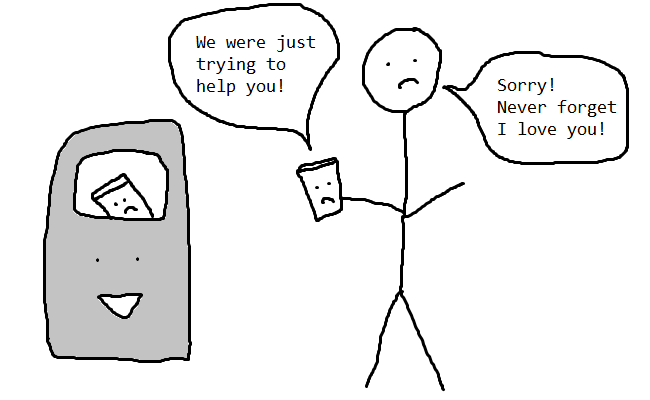 Luckily we made it to the plane on time and flipped a coin for who got to sit next to who. Winner got the four year old, loser got the two year old. Turns out four year old’s are pretty awesome to sit next to on planes, seeing their excitement and wonder at the world has got to be one of the best bits of parenting. Even if they do end up making you feel pretty stupid… 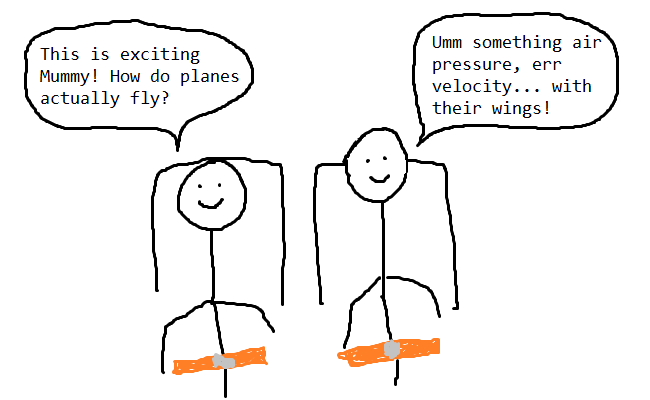 Sitting next to a two year old on a plane is errr… interesting?! Actually sorry, it just sucks. 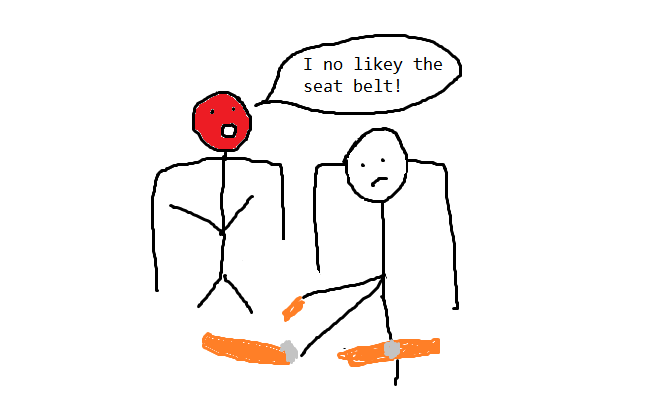 I’d rather take the difficult questions… 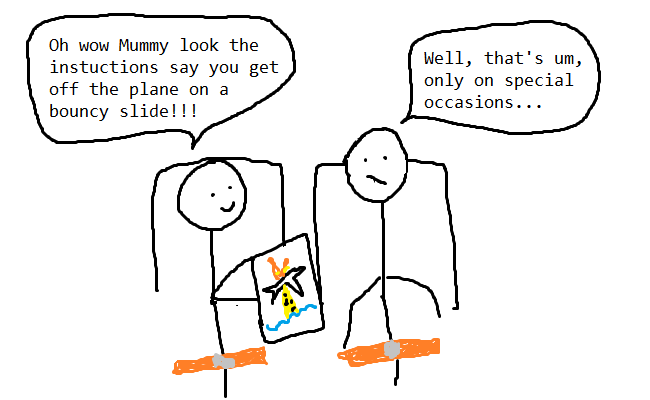 …over being sat next to a person who only wants to do one of two incredibly irritating things. 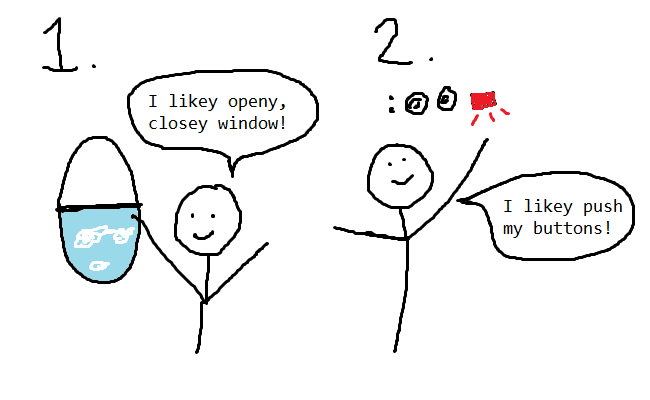 It was a difficult one to deal with though because if he was doing one of his preferred activities he was happy, and if he was being prevented from doing so, then he was audibly not happy. Quandary, quandary, what to do?! Maybe a little straw poll over the tannoy?

Turns out it was a lose, lose situation because everyone just wanted him to sit quietly in his seat not touching the window/buttons which was never going to happen. 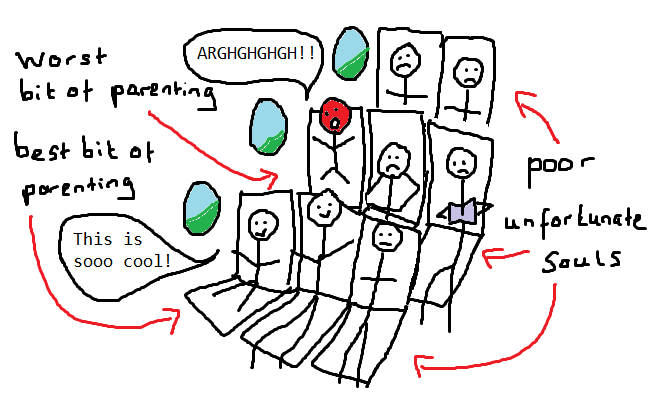 We also had a few other families with young kids around us which you may assume to be a good thing. We exchanged a couple of those ‘OH BLOODY KIDS!’ looks but I often find that if their kids are behaving better than mine, then those knowing looks also contain an element of judgey smugness… 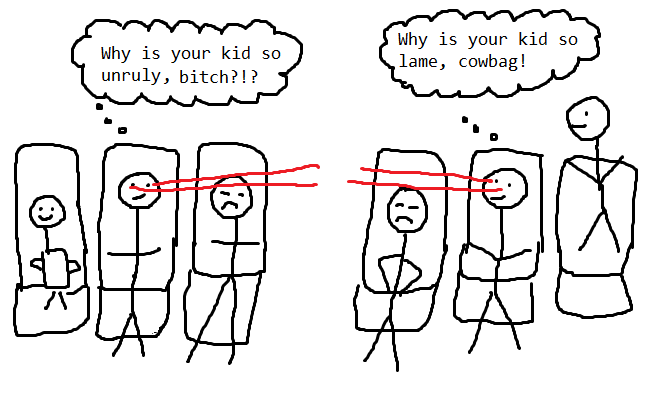 (if you have been paying attention you may notice that we were sitting on the right of the plane in previous pictures and are now pictured on the left. I did it wrong. I can’t be arsed to do it again. I apologise for my sins and hope you note that I usually take great pride in depicting scenes as life like as possible. Just tonight, I don’t feel like doing it again. Sue me.)

So anyway it was all going a bit BHVJHV325%^%&(*(VGsfefdsBNVUPJ^!&THWKLNKDNK. Until…

ENTER: The trolley of dreams full of snack packs and alcohol… 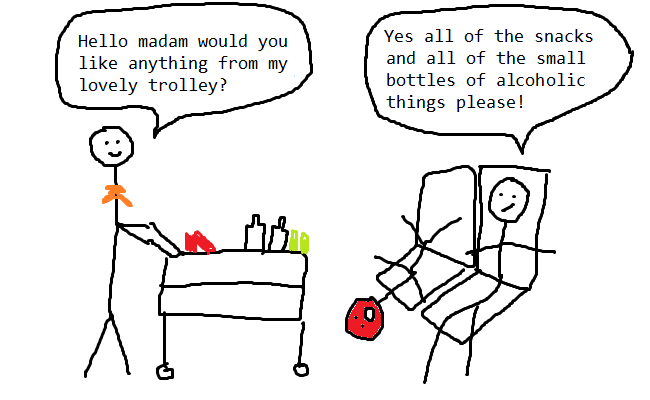 Look at all the things for him to do! Paint the seats with laughing cow dippers, soak the pointless books we bought in pineapple juice, stab us in the legs with those lethally sharp colouring pencils and eat the packet of Nutella with his fingers before wiping his hands though everyone’s hair and then just… relentlessly head butting me.

But you go kid, knock yourself out! Do whatever you like, just do it quietly(ish) and leave me to my numerous, small bottles of fizz. 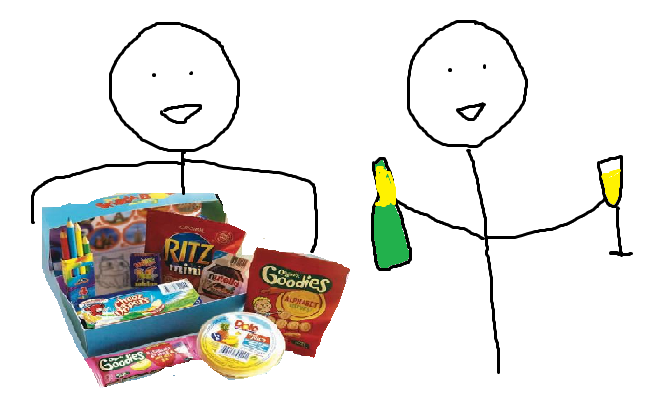 28 thoughts on “Kids On A Plane – A Survivors Account”

Leave a Reply to Jess @ Along Came Cherry Cancel reply