It’s easy to look at pregnant women and seemingly perfect nuclear families and think, ‘Wow, don’t they have it all!’ If you are in the zone of desperately wanting a child and it being out of reach, almost everyone around you seems to hold what you are missing. 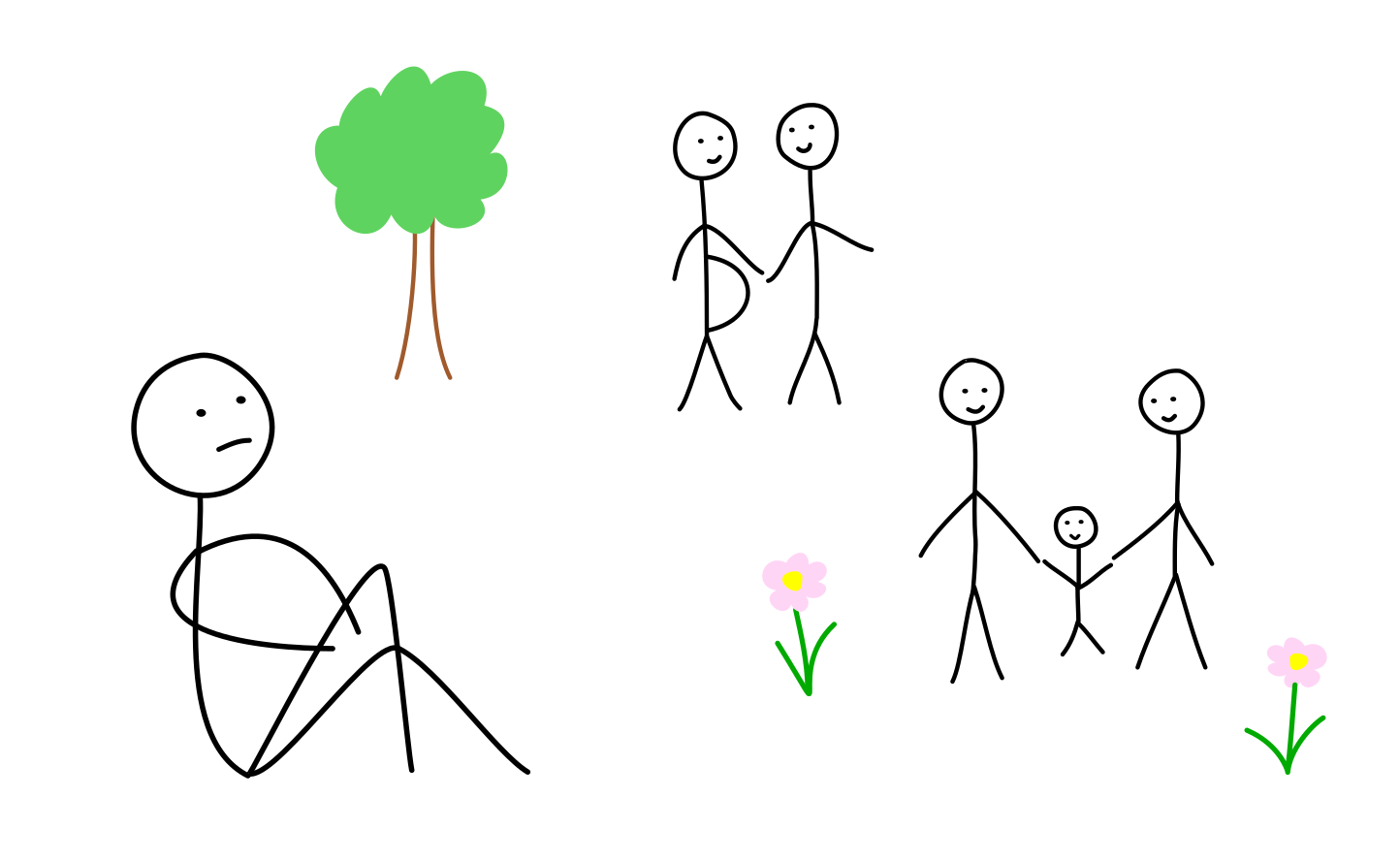 But what you don’t see is their journey. You can’t see years of fertility treatment, failed attempts at IVF, miscarriages or the tiny babies lost. If you are lucky you will have experienced none of these things; in the worst situations some couples experience them all.

But often we just don’t know because we don’t talk about it. Or even if we do, we then quickly sweep it under the carpet because people, myself included, get all awkward when they have to discuss sad stuff. Serious stuff. Let’s just have a cup of tea and call it ‘one of those things’.

Have you ever had a conversation with a friend who told you that she’s miscarried and then quickly brushed it away because ‘It happens all the time’ – you can see that her eyes have started to water and she’s struggling to make eye contact because it doesn’t really matter how long she was pregnant for or how big or small the baby got – it was a life, there was so much excitement, so much potential and then suddenly it’s all gone, to be treated like a common cold: grow up, get over it, everyone has them! Except a couple of paracetamol doesn’t provide a quick fix when it comes to miscarriages. 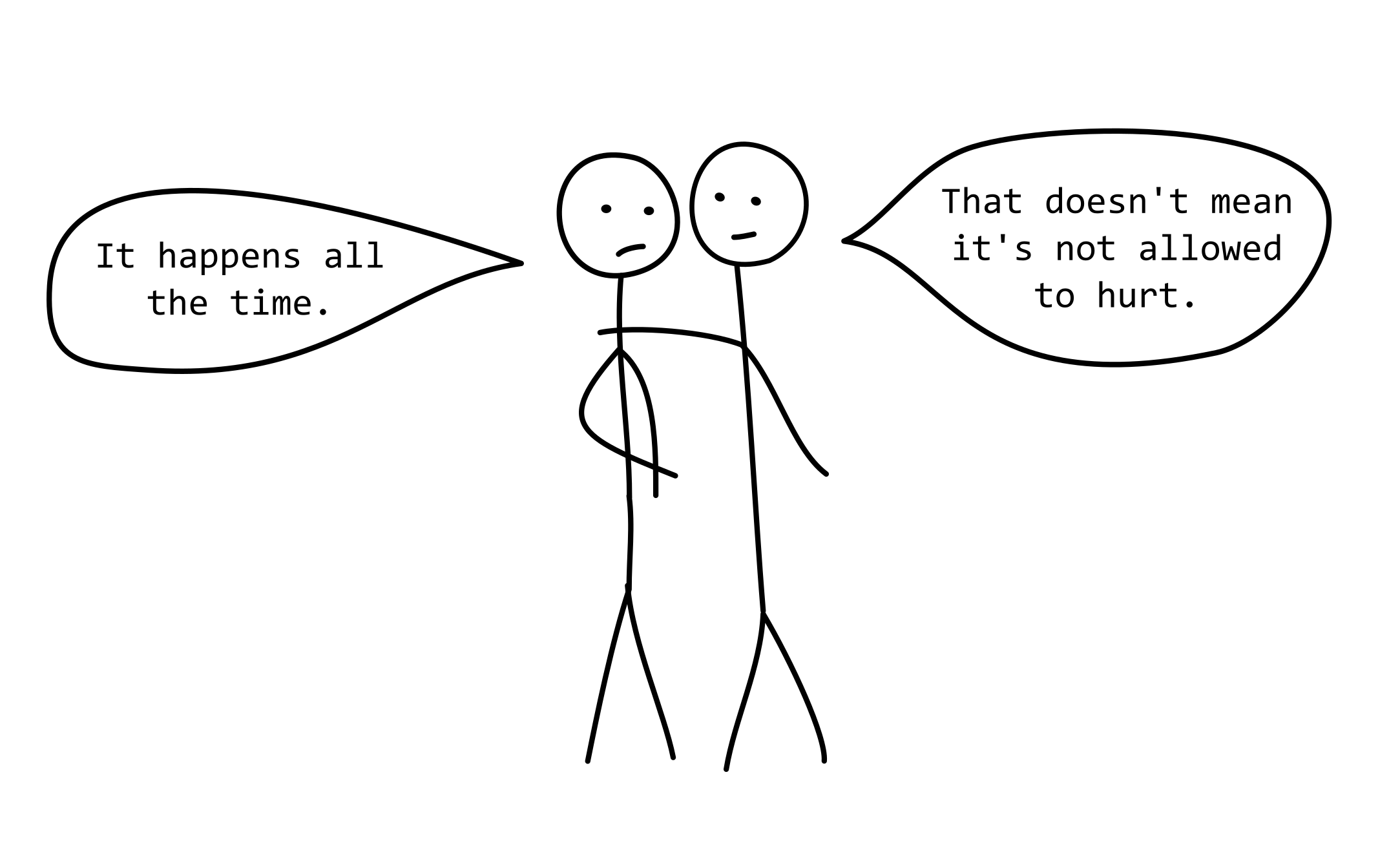 Years later, when hopefully those couples have a child or children of their own, they may still feel like they are not allowed to mention their journey any more because ultimately they got their dream. But you are still allowed to feel that loss aren’t you?

You see, a huge proportion of parents have been through their own personal struggles to get to where they are now – hopefully a happy place. We have.

I can’t talk about the heartache of struggling to conceive as that was not our bridge to cross, although in many ways I can only imagine not having a tangible loss makes it even harder. The first time I got pregnant it was a surprise, a scary ‘Can we do this?’ surprise but ultimately an exciting one.

After months of horrendous all-day sickness it was finally time for our first scan. I would love to say that I was one of those mothers who looked forward to the scan but I didn’t. I’m a horrible Googler of doom and I was terrified at the prospect of a missed miscarriage. So I can’t tell you how relieved I was, how relieved we both were, to see a baby with a heartbeat flash up on the screen. ‘Nice and strong,’ the sonographer said and I relaxed back on to the bed. 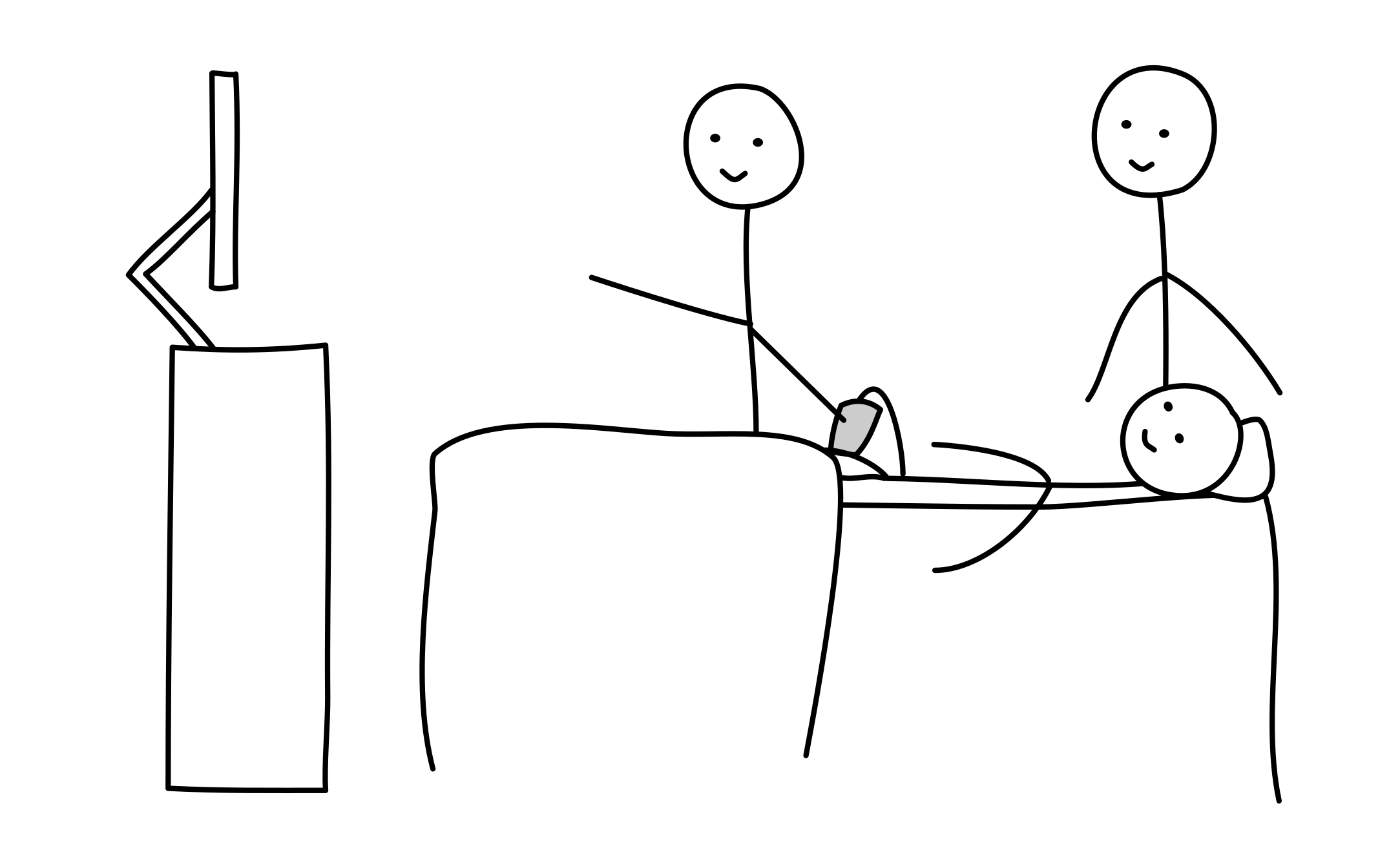 We had a heartbeat! I could see a face and hands and feet. Everything was perfect – we were one of the lucky ones.

But instead of the sonographer moving on and pointing out all of the other teeny-weeny foetus body parts, it all got a bit quiet. I didn’t like it. I didn’t like the shift in mood but my head was telling me it was fine because we had a heartbeat, and that’s all you need isn’t it?

Turns out it isn’t.

Everything is a blur, another doctor comes in, more silence, no answers, we need more tests and scans. ‘Things don’t look hopeful for your baby,’ we are told. 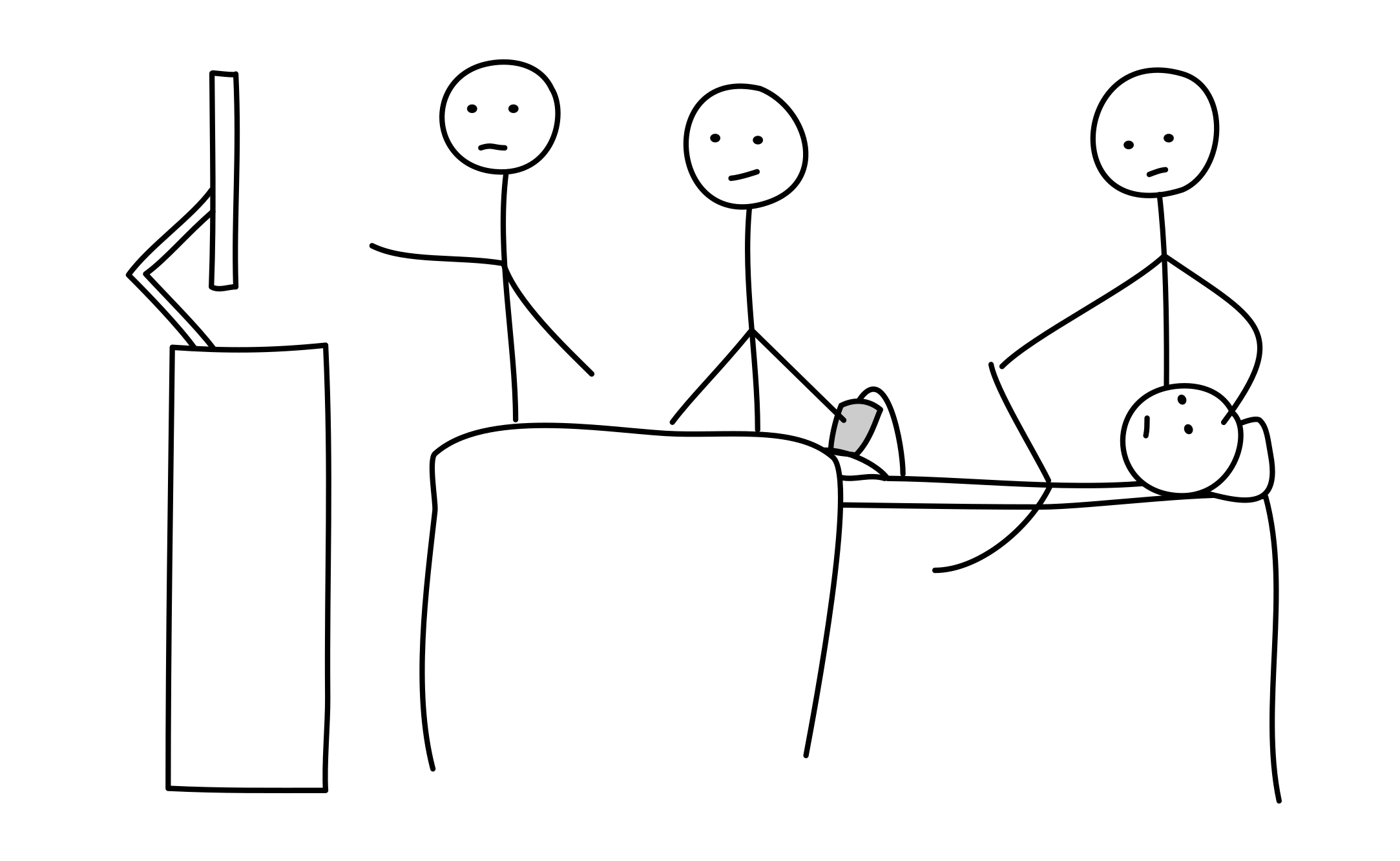 Out we went, glancing at the waiting room full of couples who had been us twenty minutes ago, nervous but excited. Clutching a photo of our perfect-looking imperfect baby. There were no good news phone calls, only sad ones. The texts I’d composed in my head never got sent. I didn’t get to go to the shops and buy little sleepsuits, a book of names or tiny socks.

Instead a lot of waiting followed. A lot of tears, and a lot of tests. It was a horrible few weeks getting through the days, stuck in a not-knowing limbo, but ultimately we were told our baby had very little chance of survival and it was a marvel the heart was still beating at all.

I wondered how my heart kept going too.

We made a choice (if you can call it that) to say goodbye. There are people in our situation, braver than I, who may have gone ahead hoping for that miracle but I was not that strong. I don’t regret the decision but there will always be an element of guilt and doubt. When I read in the papers of that one in a million baby who defied the odds it’s a knife to my heart. Even now, all these years later.

Some babies are lost when nature takes its course and some parents have to make agonising decisions when faced with life-threatening diagnoses or disabilities. I have the utmost respect for the parents who step forwards, just as I do for the parents who step back, and I will always support a woman’s right to choose, whatever the situation. There is no easy way out.

People deal with their grief in many different ways, I was scared by mine, I was scared it was our fate. To move forwards all I wanted was to be pregnant again and a few months later I was.

Subsequent scans with both of my pregnancies were terrifying, something to get through, to get over, each attended with pure dread. I wouldn’t look at the screen until all of the checks had been done.

But we made it through two more times and were blessed with our beautiful sons. I got the family I had always wanted, and from the outside we might seem to have it all. Though there will always be a little star missing from our lives (that other people cannot see). We called her Evie and we wish she was here with us today. 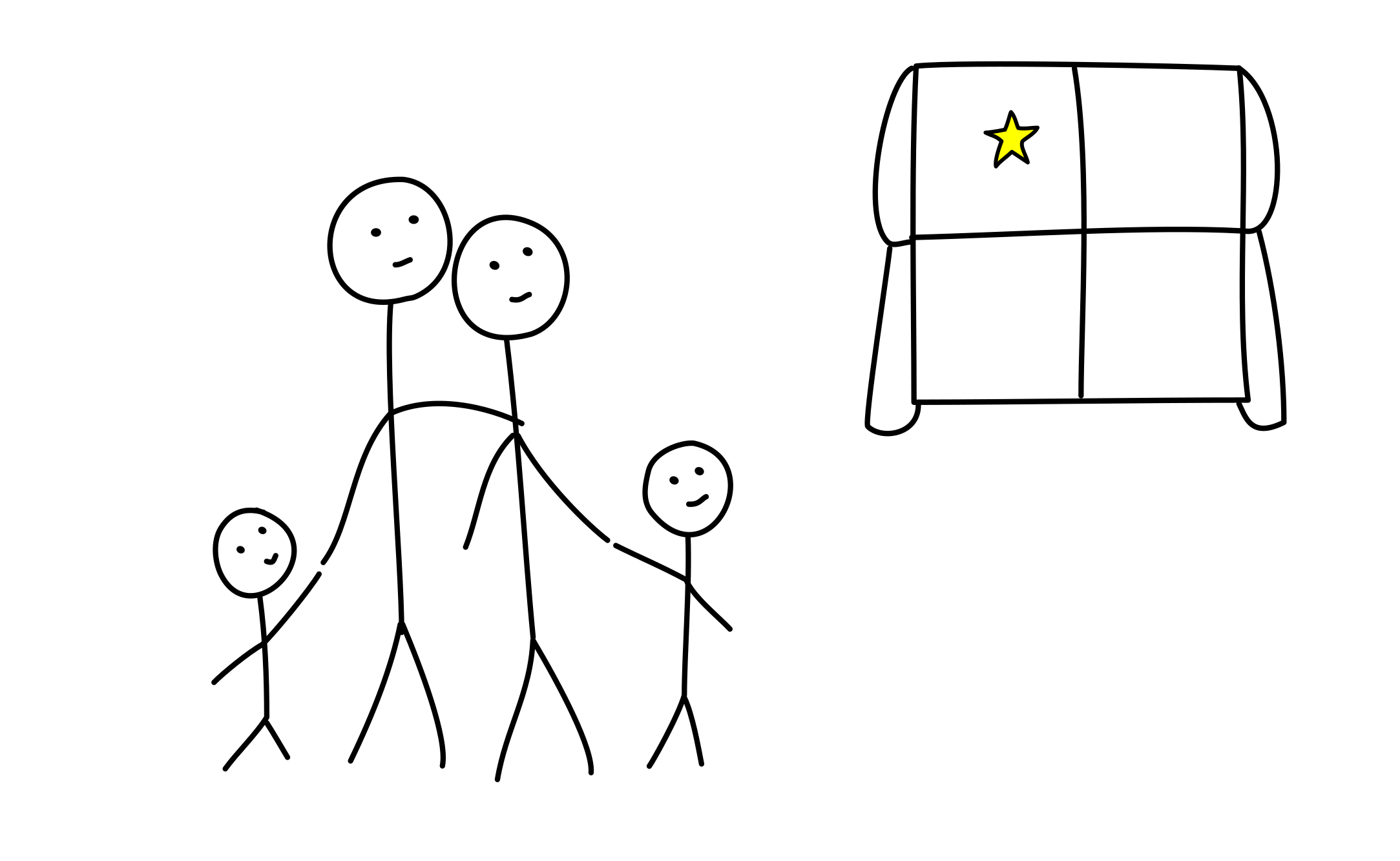 This is an extract taken from my first book. I am sharing in support of #babylossawareness week where we help break the silence and mark the brief lives of babies lost in pregnancy or soon after birth.

42 thoughts on “Sometimes You Have To Say Goodbye”