I have always felt a very strong need to work, or just engage my brain and passions outside of being a parent. That in itself causes problems in my confused little head.

I wonder if I’m a bad mum because I look forward to having time away from my boys on the days that I work and when I’m at work I feel guilty about leaving them. The stupidest thing of all is that during the time I am supposed to be enjoying away from them, I just end up missing them instead.

That is the great brain f*ck of parenthood.

The need to escape, the guilt, the worry, the constant question that you are not doing a good enough job. How is anyone supposed to make sense of all that stuff?

On the days that I’m home I feel like I should be making it up to them by being the BEST MUM EVER.

But that, um, never happens, because It’s always like I’m hitting my head against a brick wall. I get tired of the lack of co-operation and unwillingness to do anything that isn’t considered fun. I get bored of my own voice repeating the same requests 37 times and still being ignored.

I feel disappointed in myself for shouting too much (again) even when my head is telling me I shouldn’t. Sometimes I wonder, where is the cool, fun mum I envisaged I’d be?

TBH If someone could just invent self applicating kids shoes then that’d help massively.

But alas they still don’t exist and even though in theory I know I should be savouring every god-damn minute I have with my boys (the years go so fast don’t you know?) sometimes I’m just not.

Sometimes the correct response when someone wants to bitch about the mostly insignificant crap in their life, is just ‘yep, that sucks’.

Chanting ‘ENJOY IT, SAVOUR IT, ENJOY IT!’ is basically like smacking someone over the head with a spadeful of additional guilt.

Because it’s hard to appreciate everything you have when your whole household is ill and you’ve been awake since 4.45am and your chest hurts so bad from a cough that won’t let up. Especially if it’s a day when you have to commute up to London – leaving before they go to school and nursery and getting back when they are already asleep in bed.

But in 5 seconds flat two beautiful faces, blowing kisses at me through the window as I leave for my long day away, can right every wrong in the whole world. 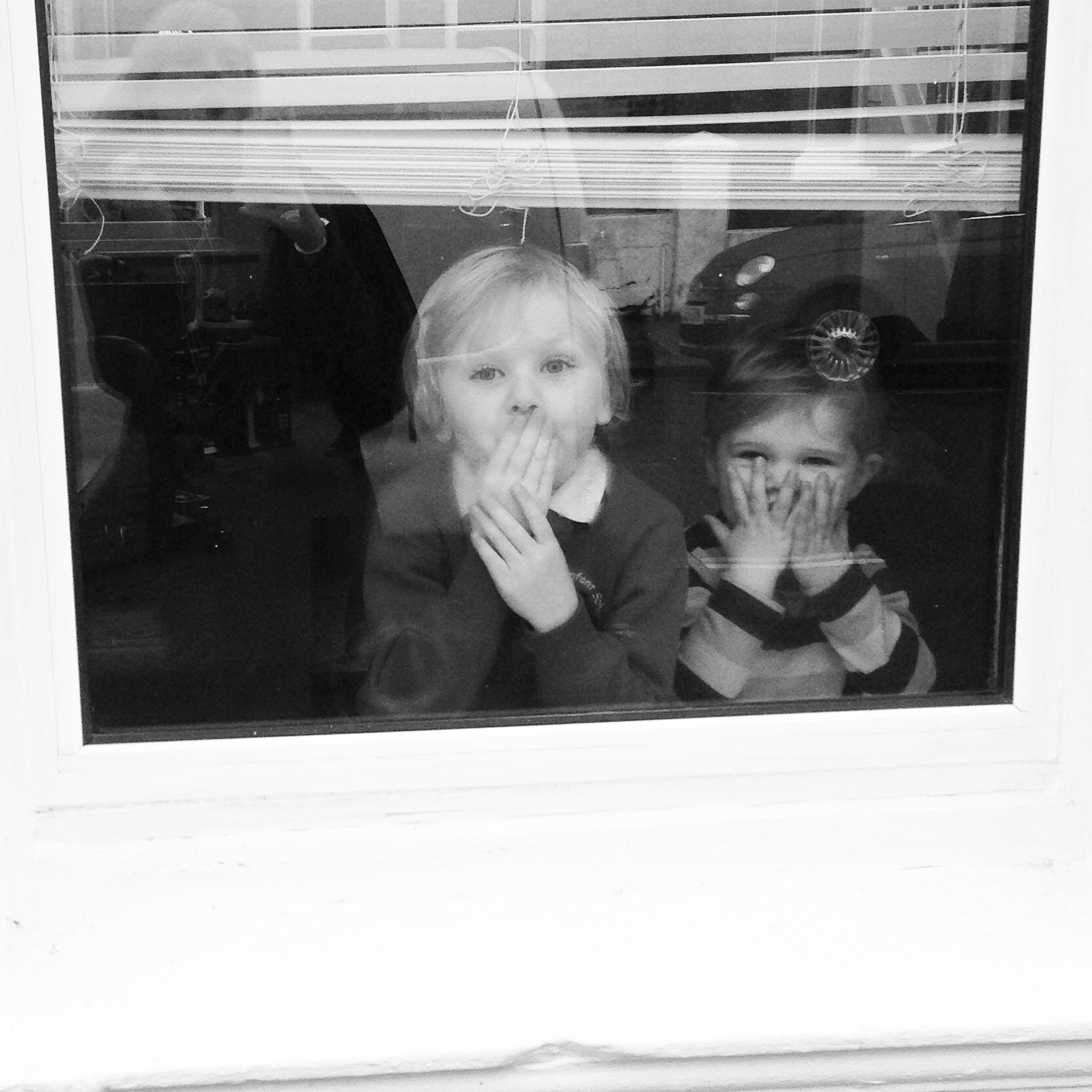 But it matters not because we love each other regardless.

And love always* overrides suckiness (*at least 97% of the time).