Of late I have been spending a relatively high proportion of my time hiding in dark corners, no not drinking gin (oh how I wish), but furiously churning out Google search after Google search in response to the boy’s increasingly curious mind.

You see there is nothing like the application of a small child to your life to make you feel inexorably stupid. Apart from my specialist subject of Watership Down, my general knowledge could best be described as dire. I am useless at a pub quiz and may even struggle to remember the name of the Prime Minister under pressure (It’s a mind blank thing ok).

Over the the years i have also become far too ready to accept the status quo. If I were to be asked something like ‘how do planes fly?’ I could chuck in a few choice words (something about pressure, velocity and drag) but in essence I don’t really know. They just ‘do’ fly despite the fact it doesn’t exactly look like they should.

Then if i am asked a question that i do actually know the answer to there is the issue of trying to explain it in a way that a small person understands, using suitable terms and concepts. Such a conundrum, I found myself in just the other day….

He smiles, satisfied with my happy but crude description and carries on turning his cars into makeshift hedgehogs using play-doh and cocktail sticks (there are some blessings to a short attention span).

When J got home from work I regaled him with the conversation. His verdict – ‘That’s the sh*test answer anyone has given to that question, ever.’

A tad harsh I felt considering that the subjects of space, planets and other countries had never properly been broached before. Confident it would be a challenge for anyone to explain in simple terms I looked up the definition:-

‘The World – The earth, together with all of its countries.’ But also ‘One’s World – One’s life and activities’

So if I chucked in a few additional people, and of course lest not forget Pre-School, then I guess you could say I was actually right. Or at least, not exactly wrong. 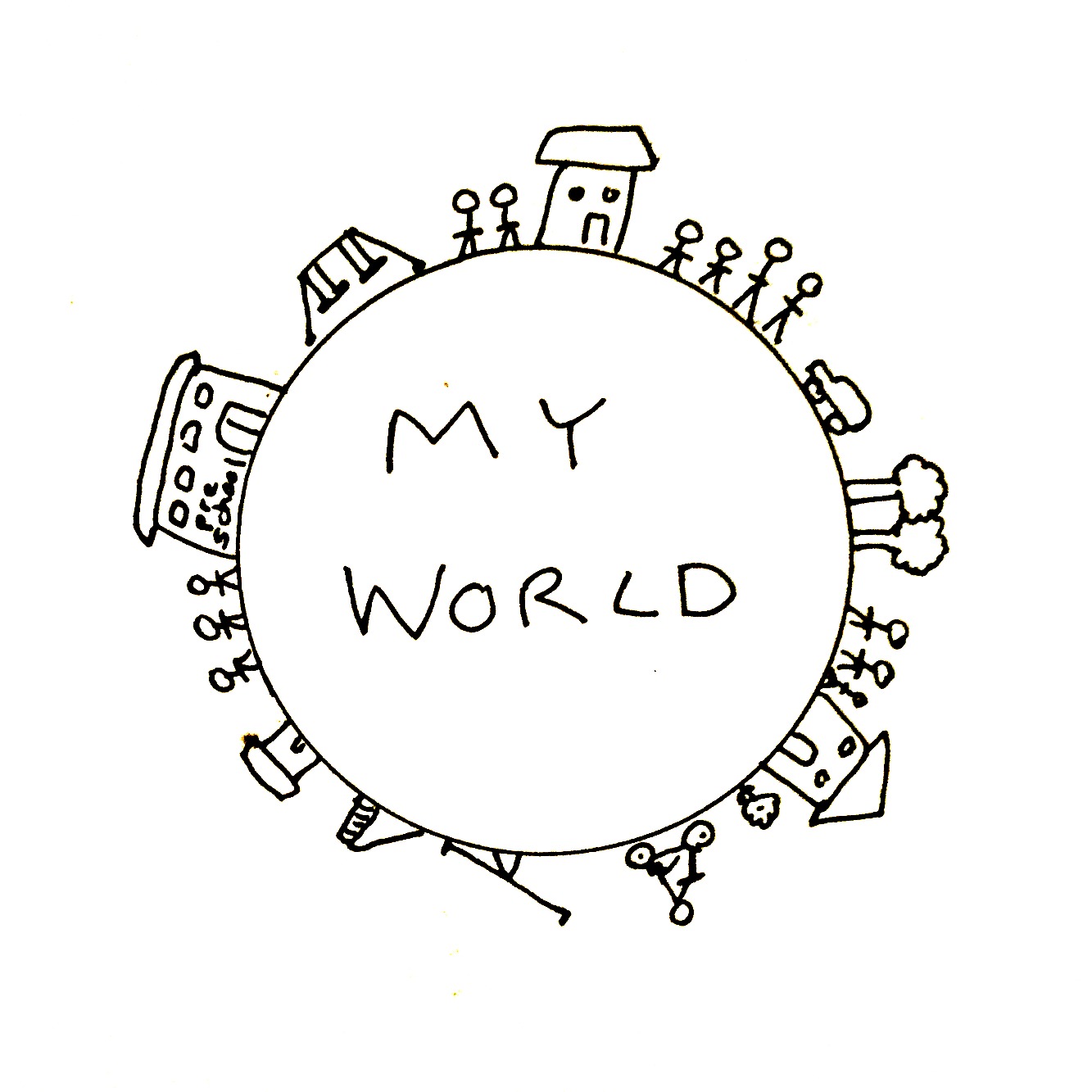