Ok what’s worse – being a mum to a kid who goes around trying to take chunks out of others kids faces or being the mum of the one who is always on the receiving end? 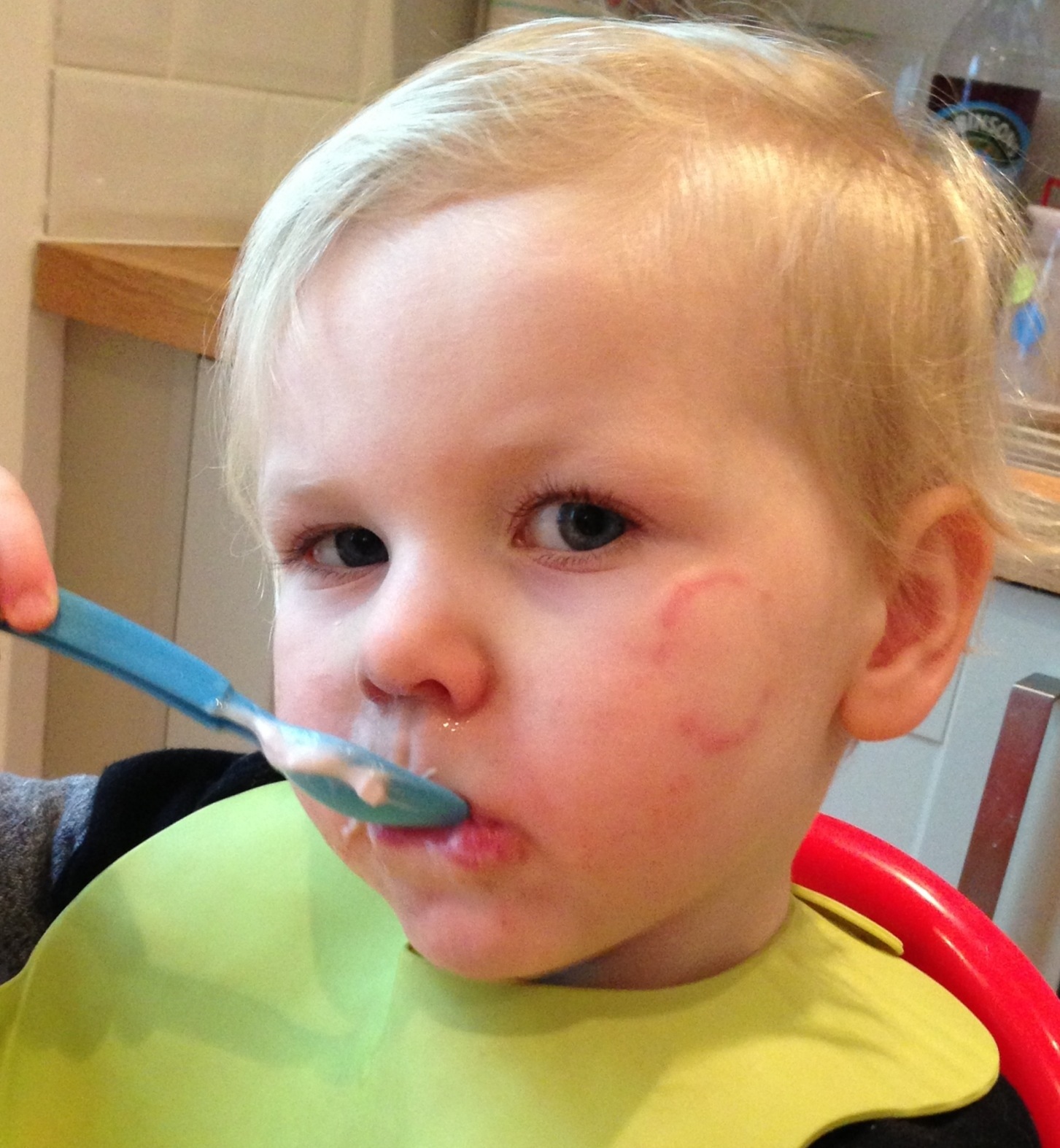 It seems to be happening with increasing occurrence that F is either being whacked around the head with a big stick or receiving a flying kick to the stomach. In the case of the photo (taken the day after the event!) he was pinned down and bitten hard on the face. I think you will agree he has fairly decent ‘proof marks’ (as we used to call them in my day).

Now i don’t blame the kids – in most cases they are just going through a stage (some are just a bit bitey, others not so much). I don’t usually blame the parents either, i doubt very much they want to have a bitey kid.

What does make me really bloody angry is that some parents just turn a blind eye.

I know people don’t have eyes in the back of their heads, i didn’t even see this incident myself (It was at a toddler group and i was in the middle of dealing with the babies poosplosion). Everyone saw the aftermath – no one saw the event.

Maybe this kids mum didn’t see it but if she didn’t, she bloody should have. You see – this kids got form.

IF YOU HAVE A KID THAT BITES/KICKS/HITS PLEASE COULD YOU TRY AND KEEP TABS ON THEM INSTEAD OF GOSSIPING/READING A MAGAZINE/BEING A USELESS EXCUSE OF A PARENT?

If your child pins my child down and bites him hard enough on the face to cause a bruise then i expect you to acknowledge it and bring him or her over to apologise. Is that really too much to ask?