Rewards charts seem to be one of those opinion dividing things – some people swear by them, others don’t like the idea of having to bribe a child to behave. I’m of the opinion that I don’t really care why the child is co-operating as long as they are (with the exception of hitting) and I’m also of the opinion that most things in life are worth having a bosh at (with the exception of heroin).

Soon as reward charts don’t commonly involve either of those things and supposedly MAKE BEHAVING FUN we got stuck in.

When it came to drawing up a chart we did consider a simple two pronged approach:- 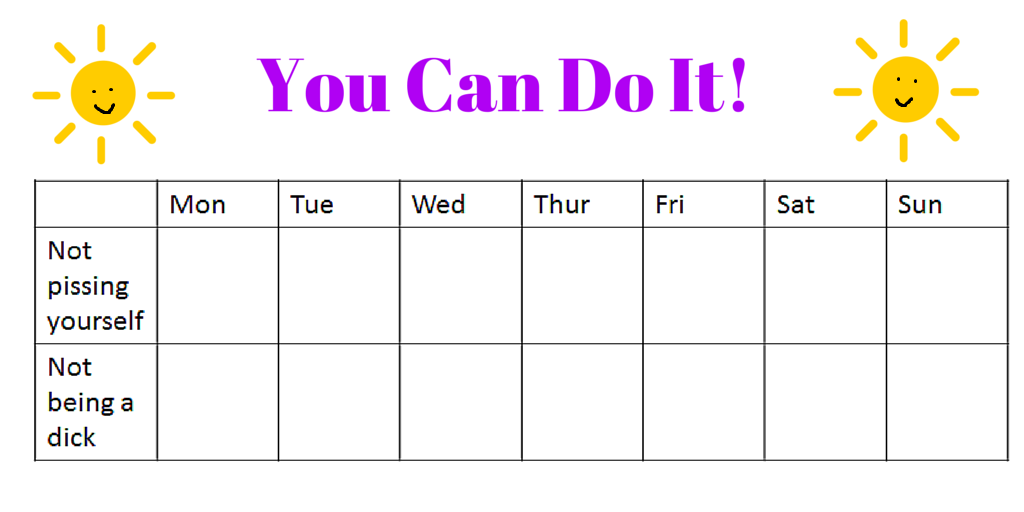 But although this seemed to cover all the bases, J thought we ought to be a bit more specific rather than honing in on the overall personality type. So the criteria we set were:-

It seems we are still stuck in the annoying stage of not being able to talk about anything even vaguely appealing if it is not happening THAT EXACT SECOND.

So I am currently repeating myself 20 times a day defining the terms of conditions of the reward chart whilst simultaneously picking stickers off every god-dam surface in my entire house. If you happen to see a destitute blonde woman wandering around Brighton with Batman characters emblazoned across her arse it is probably me. Please don’t be afraid to come over and pull them off. I will probably hug you for it.

All in all the verdict thus far is that I hate reward charts, maybe even more than I hate kids in possession of stickers. One of the worst things about them is that they force you to come to terms with your own pathetic failings i.e after receiving about 25% of the stickers on his chart… 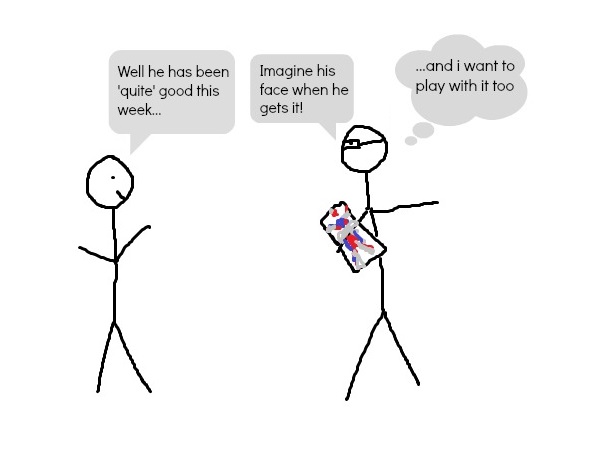 Perhaps we might benefit from having a reward chart as well.

20 thoughts on “Reward Charts – The Good, The Bad and The Ugly”