Mummy is looking forward to a well-deserved holiday in Costa Brava. It’s been a hard year for the family after Daddy’s affair with his PA, Topsy’s expulsion for calling her teacher ‘A f&*king jobsworth @*%$’ and Tim’s recurring thread worm infestations…

Mummy cannot wait for them all to spend some quality time together – she wouldn’t use the hotel’s kids club though as she looks down on people who see holidays as an opportunity to ditch their kids and get pissed at the bar #SoSad. No… Mummy is much better than people like that!

The family gets up at 2.30 a.m. for their journey to the airport. Daddy thought it was worth getting an early flight to save money and maximise their time away. As soon as they have checked in Daddy has a pint while the kids begin a jousting match with their Trunkis.

When they arrive in Spain Mummy discovers that  Daddy has booked a holiday with a 4 hour coach transfer. The toilet on the coach is out of order so Topsy pisses her pants and Tim get travel sick and voms over the lady in front’s head. Oopsy.

In the evening they are too tired to go out exploring so they go to the hotel’s family entertainment show. Topsy and Tim volunteer Mummy to take part in a break dancing competition alongside a holiday rep dressed as a large blue hippopotamus. 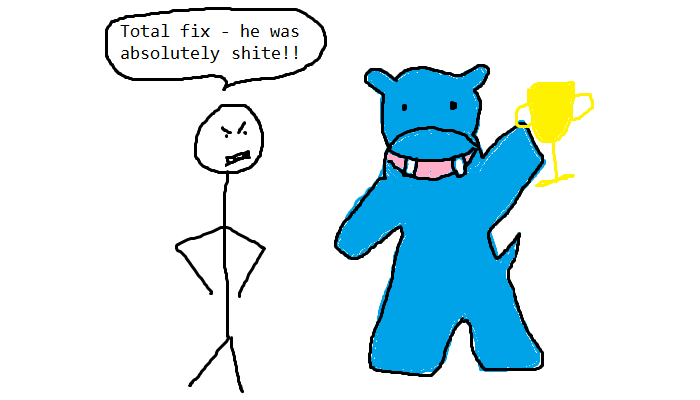 One of the nicest things about going on holiday is that you get to sample the local cuisine. Mummy spots a gorgeous little tapas bar serving delicious looking food and wine. Tim spots a McDonald’s. I think you can guess the rest. 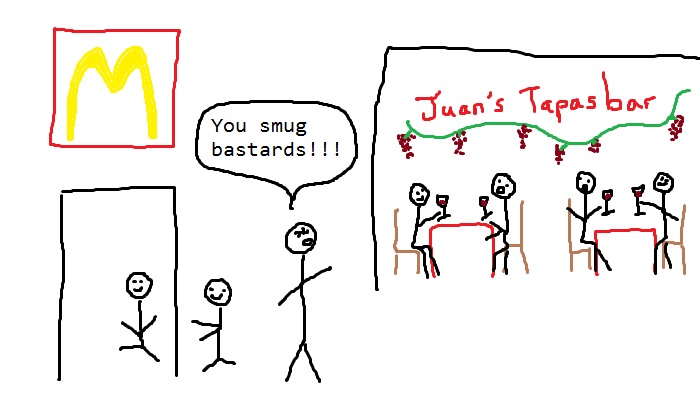 Mummy feels disgusted that they have already been in McDonald’s and it is only day 2 of the holiday but onwards and upwards!

On their way back to their hotel Topsy and Tim spot ‘Bouncy Funland!’ it is open to 11pm and only 5 euros a ride. There is no bar.

Mummy agrees to let Tim have a go on the claw crane machine. He promises not to be disappointed if he doesn’t win a prize. Yeh. 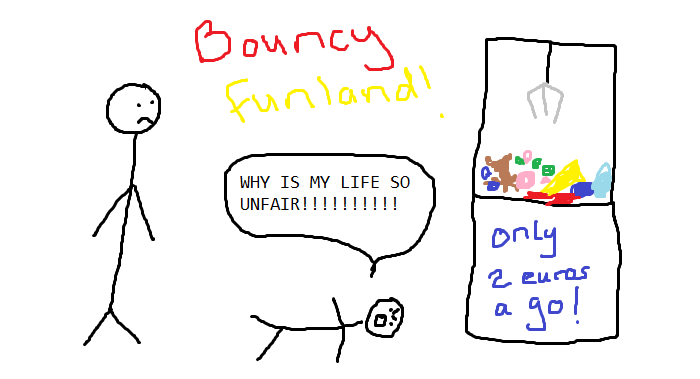 Today the family decide to have a beach day. It is 38 degrees and Mummy is carrying enough items to set up a small festival. There is a shop at the beach selling expensive inflatables and Mummy agrees the twins can share one. Unfortunately the twins don’t do sharing so they start an angry naked protest.

Daddy says Mummy should lighten up because they are all trying to have a ‘lovely holiday’! Topsy chooses a unicorn and Tim chooses a poo emoji. 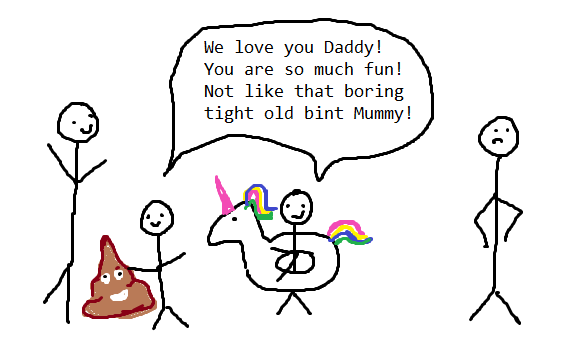 Because of the dire exchange rate the inflatables cost 50 quid.  Mummy also buys pizza, ice-creams, buckets and spades, refillable slush puppies and 3 packets of fags. She gave up smoking 15 years ago but now seems like a good time to start again.

Mummy would like to relax by the pool today but the twins have spotted that the hotel has crazy golf.

Mummy hides behind the windmill and chain-smokes 20 fags. 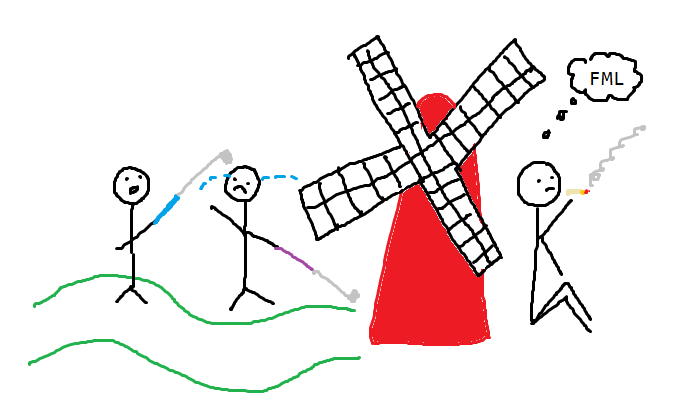 Mummy has had enough of ‘Bouncy Funland!’, inflatable poo, crazy golf and McDonald’s so she suggests they visit a picturesque little town in the hills to experience true Spain!

But the twins think it is boring and they laugh at the Spanish kids and do impressions of them. Mummy carefully explains to them their actions may be perceived as being culturally intolerant. 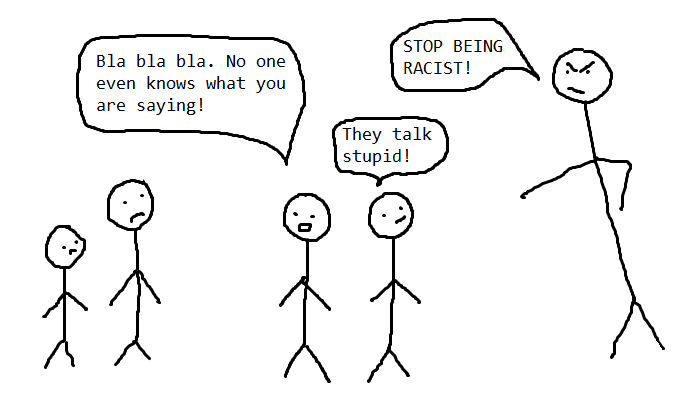 Ashamed yet undeterred she finally convinces the family that instead of eating at the hotel buffet (again) it might be nice to go to Juan’s Tapas Bar for dinner. They order chicken and potatas bravas for the children because they are all the things they eat at home. 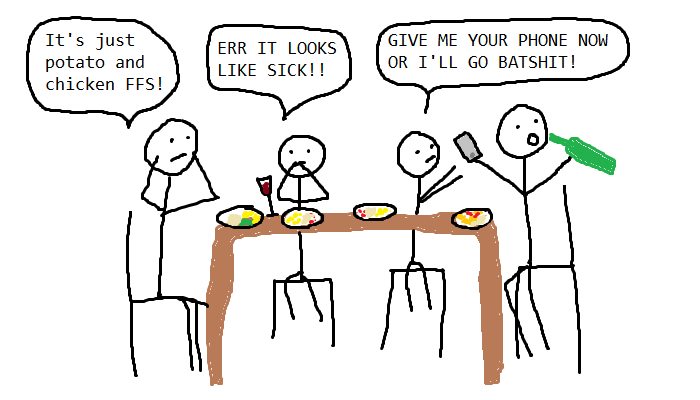 After dinner Mummy says the twins can’t have any ice-cream for pudding soon as the didn’t eat any actual food.

Topsy tells Mummy she hates her.

When they get home Mummy puts a fag out on Topsy’s inflatable unicorn and she doesn’t even feel bad.

Mummy decides that the kids club does look quite nice actually and the twins would probably love it!

Mummy and Daddy have three hours child free time. They go directly to the cocktail bar and get as pissed as possible of piña coladas. 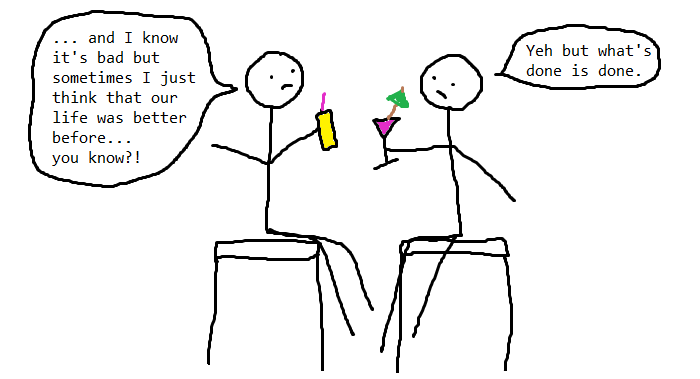 Today is the family’s last day of holiday. Mummy wakes up with a serious case of rum flu and would like to go and have a cry on a sun lounger  – unfortunately the twins want to go to AQUALAND water-park. Mummy thinks AQUALAND water-park looks like the seventh circle of hell but because she feels bad about the kids club and accidentally on purpose bursting Topsy’s inflatable unicorn with a fag she agrees. 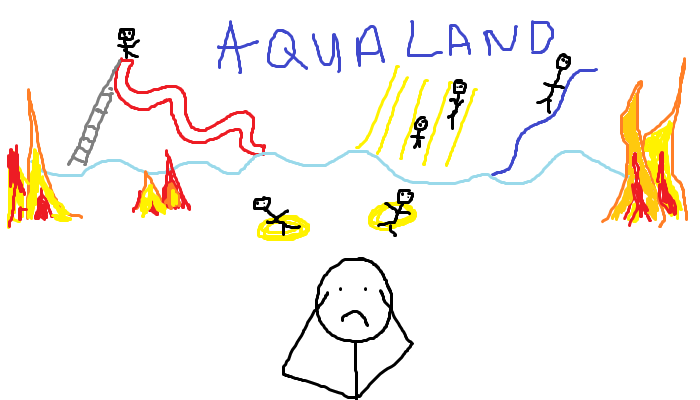 When they get there she tries to put sun cream on them but they run off laughing.

About 6 hours later Mummy has lost the remaining portion of her sanity so she locates the twins at the top of the Kamikaze slide and suggests leaving – it goes down really well.

When they get back Mummy drinks 3 double G&T’s in quick succession which makes her think it would be a good idea to have a rematch with the break dancing hippopotamus.

Unfortunately the gin has made her feel a bit cocky and she tries to execute a head spin and lands badly. The family enjoy their final hours in A&E where mummy learns she has fractured her leg in two places. Twintastic!

It is time to go home.

The twins are red raw with sunburn and everyone at the airport looks at Mummy and Daddy in disgust. Mummy has to upgrade to a seat with extra legroom – she’d rather not disclose the cost. When she gets home she will have to cancel her Ocado shop and go brave Aldi with the heathens. 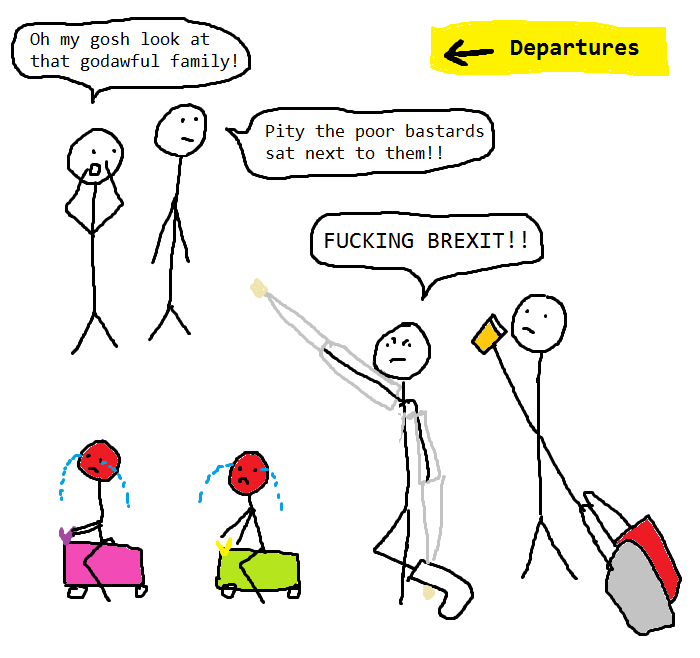 And that, said Mummy, was that!

3 thoughts on “Topsy and Tim do Costa Brava”