Last week J and I took our biggest boy up to London for a day trip. We hadn’t done anything particularly out of the ordinary over half-term apart from douse our heads in nit lotion (twice) so it seemed like a nice idea.

We decided to hit the museums which is something I’ve been wanting to do with him for a while; with the littlest in nursery it was also the perfect opportunity to give him some undivided attention and maybe even expand his mind away from Lightning McQueen for a wee bit.

From previous trips away, particularly ones organised with effort and expense I have learnt it’s important to keep expectations low on both sides.

Firstly your own – Never make the mistake of looking forward to seeing a delighted face. It doesn’t matter how much you ‘think’ your kid will love it – in some way, shape or form they will piss all over it. In fact I would wager there is a strong correlation between the degree you expect they will enjoy it and the level of disinterest they actually show.

Second and most importantly, theirs – It’s wise to have a conversation along the lines of…

‘Just so you know… you won’t actually get to ride a rocket to the moon in the Science Museum and there is no magic time travel clock in the Natural History Museum. Ditto to ice-cream fountains, helter-skelters, talking penguins or whatever other random bullshit you conjured up in your head. It’s. Just. Boring. Museums. Ok?’

Luckily I did quite well with this resulting in F being largely nonplussed about the whole trip. So much so that he wasn’t even bothered about going #winning.

I’ll admit I had a few trepidations about touristy type day trips myself: –

1, Grumpy commuters. I get that bouncy kids can be annoying, I live with one. But hey it’s half-term people – if you don’t like kids on ‘your’ train then take the week off and stay in bed with some sedatives until it’s over. That’s what I’d do anyway.

2, Other tourists. All in your way, all in front of everything you want to see, getting the best looking bit of cake at the overpriced cafe, tutting at your kids before you can tut first.  Anyway I won’t go on because this is a whole other post in itself. Just – Other people – Gah.

3, Gift shops – they SUCK. Too big. Too many. Too expensive. You can play the ‘If you are a really good boy *might* get something on the way home’ card but then you run the risk of being asked if you can go home right away, as in 5 minutes after you arrived which is really bloody annoying considering the £65 train fair.

Anyway being the un-selfish mother that I am I put aside my grievances to focus on making the day fun. Me and J agreed to try and refrain from shoutey behaviour which is no mean feat when you have a kid who has developed a taste for skidding across the floor on his knees whenever he sees a shiny surface i.e. Victoria train station and museums.

But we got there and it was good. We saw space ships, planets and dinosaurs, cars and boats and trains, we pushed many buttons and admired the technology of days gone by. We spent 5 minutes mucking about on a seat that made a farting sound when you sat on it and oh, did we laugh. We also saw a bubble show in the Science Museum which was cool. They asked for volunteers to go up and be encapsulated in a big bubble and we didn’t put our hands up. F whispered ‘I wanted to do that Mummy’ and I replied ‘I did too’ – important life lesson there.

Then the ever dangerous territory of the gift shop. Luckily we came out relatively unscathed having negotiated down from a £35 space play-set to a rocket that cost a tenner and was promptly christened Raja (origin of name unknown, best not to ask). Then all to soon it was time to catch the train back home to collect the smallest one from nursery, lest we have to pay a £359 fine for being 3 minutes late, or something equally ridiculous.

If you were to ask ‘Did you have a good day?’ I would answer in much the same way as I usually do to such questions – ‘Yes, In a way…’

I mean we had to walk past the Wildlife Photographer of the Year exhibit which in days gone by we used to enjoy slowly perusing before retiring to the local boozer to rank our favourites over a pint and a packet of McCoy’s – but you know what, it’s not about me any more is it? IS IT?!?

If you were to ask F the same question he would thrust Raja up your nose and proceed to tell you that astronauts wear space nappies before collapsing onto the floor in a fit of giggles. I’m glad he took something important away with him.

Anyway we didn’t get to go to the pub but we did get to grab some sizzling prawn McCoy’s and a Rubicon mango juice at the station – a rather nice combination, have you tried? By the time we pulled into Brighton station the whole carriage was well acquainted with Raja and the noise he makes when thrown with force, across the table. The lady next to me was also lucky enough to have been accused of stealing my bag, which I’ll admit was slightly similar to my own – big love to the boy, always got my back.

That night he went to bed clutching his new rocket BFF and I imagine dreaming of dino space travellers. He was happy, and soon as my own happiness it so closely aligned to his I guess we’ll chalk the whole thing down as a success. 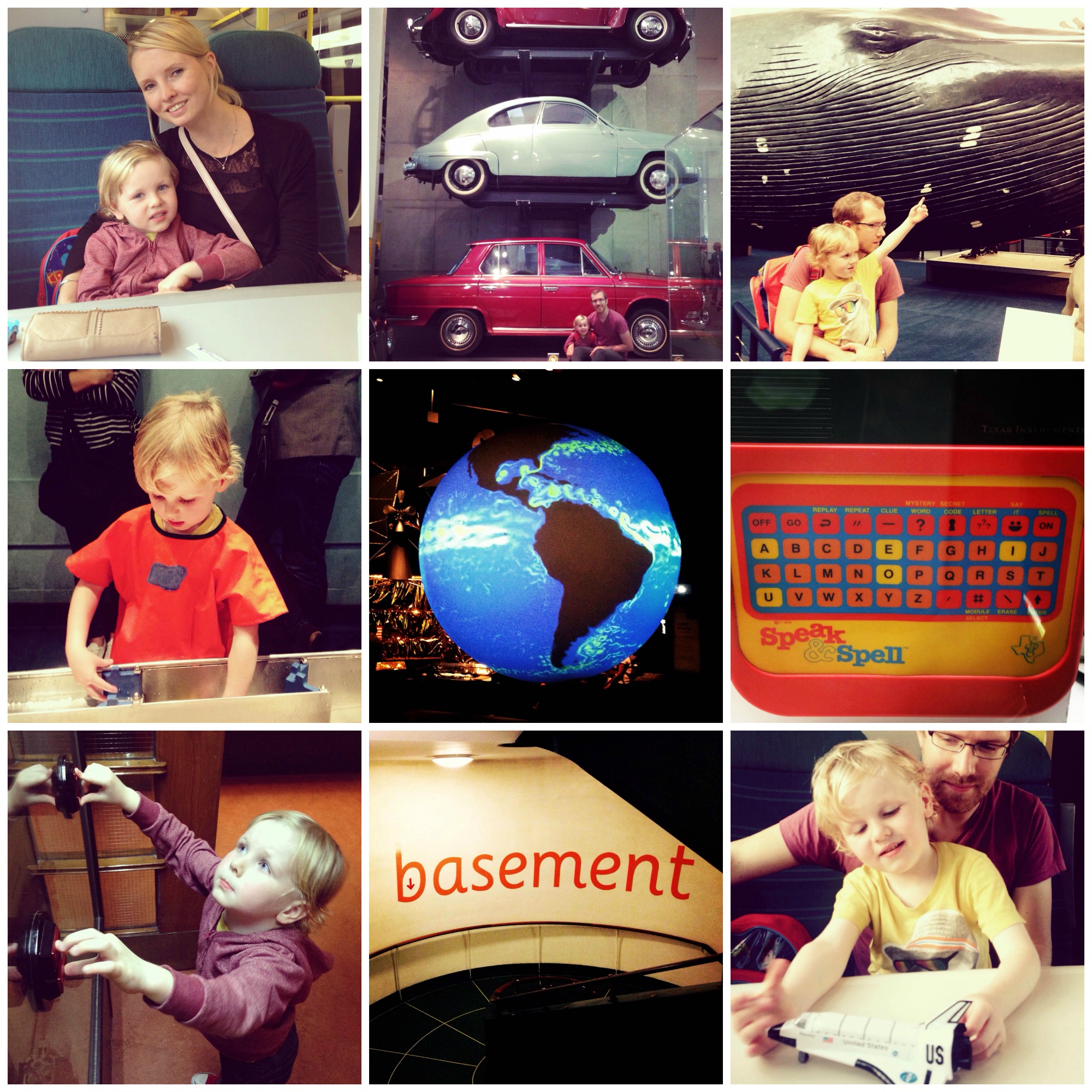 21 thoughts on “A day trip to London”

Leave a Reply to Mummy to boyz Cancel reply