They like climbing, smashing, grabbing, wrestling, jumping, shouting and consistently talking about poo, just like some girls and just like a lot of other boys. It’s not something I have encouraged, in fact I have always supplied them with a wide range of toys, but the dolls buggy we bought is used as a battering ram and if I were to ask them to make me some dinner at their toy kitchen I would most likely receive a wooden carrot in my eye socket. Ouch.

I remember vividly the day I took my eldest to a small zoo when he was 3 years old, as an animal lover I had hoped he would share in my passion but as we moved from enclosure to enclosure he was largely disinterested, until suddenly full of excitement I saw him run towards a fence and press his face up right against the bars. What incredible animal could have finally captured his attention I wondered?!

The mechanical, non alive ones, building a new enclosure for real animals that he would consider pointless… because they don’t have wheels. There is not much more that I can do now except hold my hands up and say… 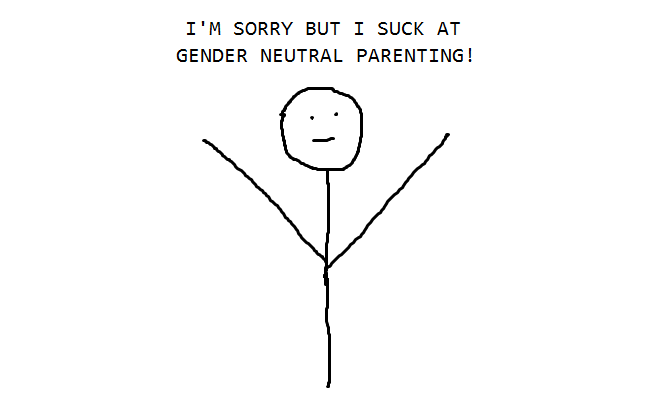 But did I fail or was I always set to? And should failing really be a negative? If you provide your kids with a choice and they shun everything but the traditional options – can that really be wrong? Because sometimes it comes across that people think it is… 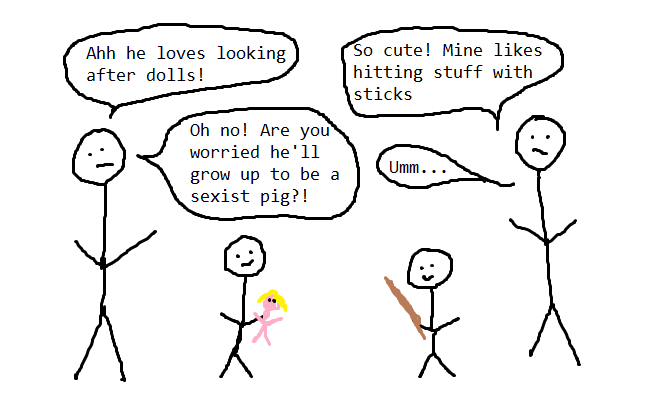 Is it sad and worrying? Are we doomed? Should I be ashamed that my sons are so bloody predictable?

When they are in a pile on the middle of the floor, jumping on each other and making noises that sound like explosions can I no longer say ‘Boys eh!’ without being at risk of getting a strict telling off from the gender police who would have you believe there are NO differences between girls and boys?

It almost feels that we are are cheer leading those that break the mould at the expense of those who fit the traditional stereotype. For example… 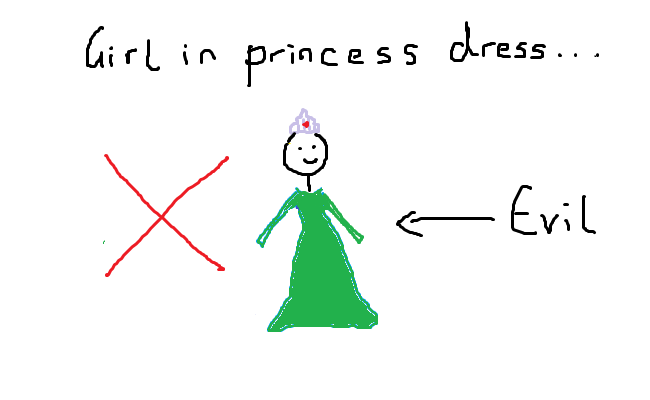 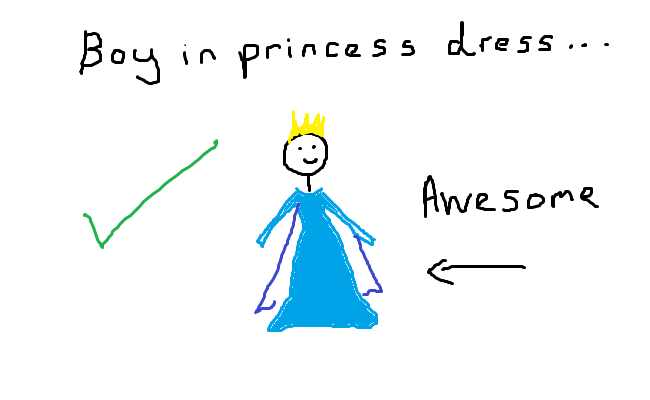 Is it just me or is that insane? Has the world gone fricking mad?! Are princess dresses evil or awesome, because how can they be both? Are we going to see a whole new wave of flip reverse gender inequality brought on by over the top gender neutral parenting?

So whilst I fully get behind any campaign that says children can wear/play/do whatever they like regardless of their sex I also feel that blowing things out of proportion is leading to a lot of people missing the point. 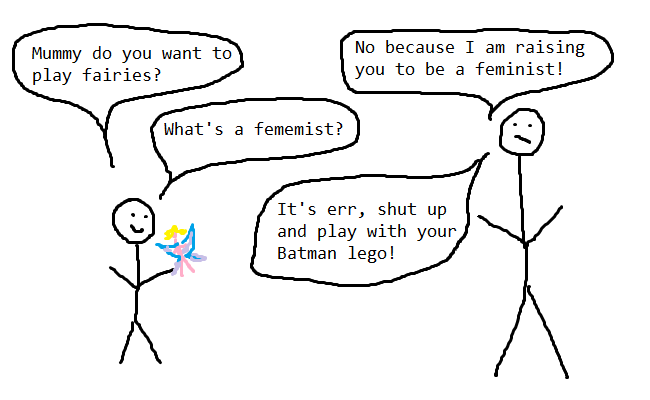 Oi lady she’s 3 years old FFS! She likes fairies – so what?! In a few years time she’ll probably be an emo-goth who plays music that makes your ears bleed and only speaks to you in grunts. You’ll be sat with your head in your hands sobbing your heart out, saying you’d give anything to go back and play fairy sodding tea parties just one more time.

A few years after that maybe she’ll be at university studying for a degree in bio-chemistry because despite having a brief interest in pink sparkly stuff when she was at pre-school she turned out to be a determined, independent woman – YOU will have provided her with that confidence. Even though she was once a ‘girly’ girl.

And my boys might grow up to be the racing car drivers or Jedi Knights that they dream of (I doubt it) but later on if they choose to settle down and have kids I know they will treat their partners as equals. They are already learning than woman don’t play second fiddle because they are watching me NOT do that. Even though they are ‘boysy’ boys.

So whilst kids that shun stereotypes are super awesome, so are the ones that don’t. If we all give our kids the freedom to play with whatever they damn well like whilst teaching them respect, not just for the opposite sex, but for people – then perhaps that’s half the battle won.

Perhaps it really is that simple.

44 thoughts on “I Have Boysy Boys – Should I Be Ashamed?”